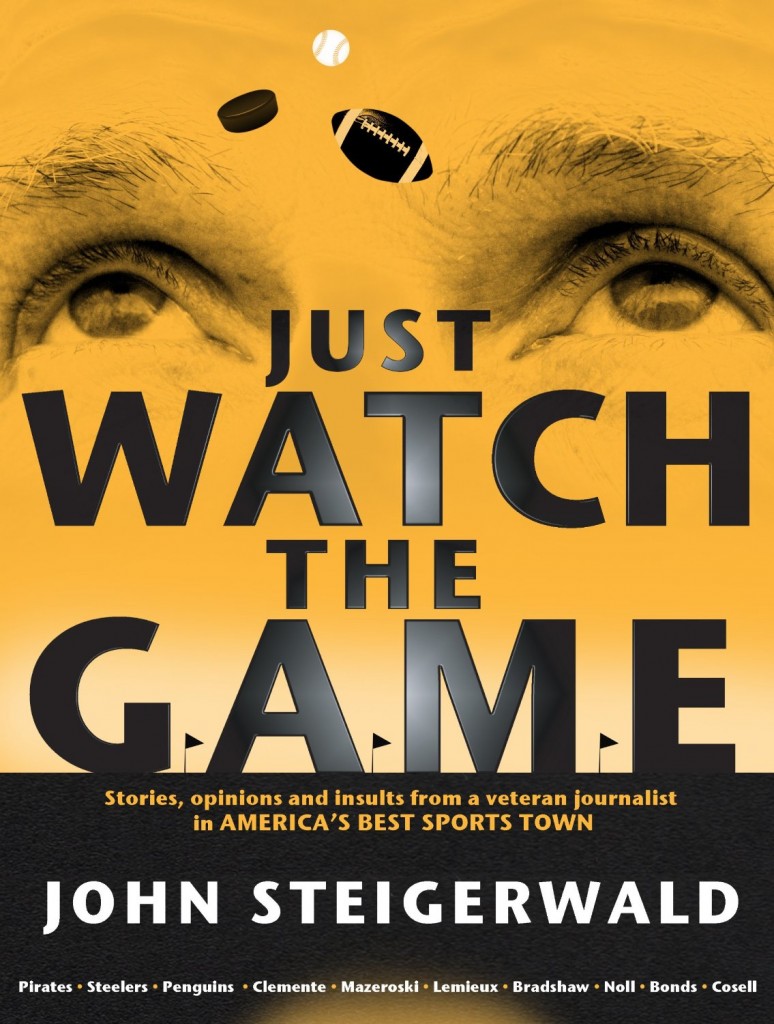 Order the new version of Just Watch the Game on paperback

Steigerwald also reflects on what it was like to ride the buses in minor league baseball, experience the rise and fall of local TV news, pinch-hit for Dale Berra and “star” in a movie with Michael Keaton. Against the background of the inexorable dumbing down of the American sports fan and the tragic feminization of the American male, he offers dozens of radical but sensible commentaries on everything from the disappearance of the pickup game to why he thinks Chuck Noll was the greatest coach in NFL history. Just Watch the Game is available as a Kindle ebook at Amazon.com for $6 or pre-order your paperback copy for the special price of $11.99 and it will be sent to you on publication in October.

This is not a collection of famous or big-time sporting events Steigerwald has covered since the 1970s. It’s a book about people — including a day spent in a car with Satchel Paige — and he takes on icons, including Mister Rogers, PNC Park and women sportscasters…. It’s irreverent, politically incorrect and as fun to read as any “sports” book you’ll pick up.

ROBERTO CLEMENTE vs. BARRY BONDS
“I’m here to tell you Bonds was not a better player than Clemente. Look at the raw numbers and it’s no contest, but it’s just not that simple.”

CHUCK NOLL
“From 1969 through 1979, Chuck Noll did the best coaching job in the history of North American professional sports.”

MISTER ROGERS AS A ROLE MODEL FOR BOYS
“Given a choice, I always preferred the Three Stooges.”

TURNING BOYS INTO GIRLS
The St. Bernard’s Streak is about so much more than football. It’s about turning boys into men without apology. I don’t know about you, but for years I’ve been getting the impression that our schools have been doing whatever they can to make boys more like women.

Let’s not be too competitive.

Let’s not have winners and losers because the losers’ self-esteem will suffer.

Order the new paperback edition of Just Watch the Game, available now for $11.99